You are here: Home / Baby Corn

Baby corn is a highly perishable produce because of its high respiration rate. An inexpensive way to extend shelf life is the use of Kif modified atmospheric packaging (MAP) in combination with low temperature. An experiment was conducted to enhance the shelf life by storing baby corn at 3°C in kif bags of 150, 200 and 300 gauges with different ventilations (0, 0.2, 0.4 and 0.6%)

Spoilage was delayed and shelf life was extended by 38 days over control and 8 days over the second best treatment when stored in unventilated 150 gauge polybags which had a maximum shelf life of 63 days. PLW was low, while TSS, reducing sugars, total sugars, proteins and ascorbic acid were retained with a superior organoleptic score. Highest PLW, low TSS, reducing sugars and shelf life were recorded in control. Spoilage was 100% in control after the 31st day while it was 43% in unventilated polybags even after the 63rd day.

The longer shelf life and a better quality of cobs in kif bags were due to the reduced permeability of the polybags for oxygen and accumulation of carbon dioxide coupled with low temperature and the resultant retarded respiration rate. However, spoilage was more and shelf life less when stored in 300 gauge polybags followed by 200 gauge polybags.

So the best solution is 300 gauge 75 microns 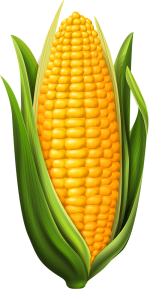